Thank you all for continuing to log into Autismdaybyday for the past 6 months, while I’ve been quite. All of the loss in our family – my mom, our dog Shadow and my daughters 13 year old reptile – left me with nothing to say. I’m still a bit numb and speechless, and at the same time I can feel my voice coming back as I come to grips with our new normal.

Nonetheless, as all you mom’s know, life and it’s demands don’t stop, no matter what. Nick still wakes up in the night, he still has to be on the bus at 6:30 am he still needs 24/7 care and even though I’ve not been emotionally fully present, life had to go on, so we’ve been busy not the less. 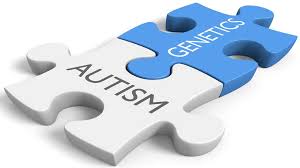 On of my busy things was getting a new genetic test for Nick. The last time he was tested was just after diagnosis. The test didn’t show anything, and it was my hope that with all we know now the test might reveal a little more.  Well, I was wrong. He just did the microarray genetic test that looks for chromosomal abnormalities, and it came back negative. Which tells me we are doing so much but still know so little. It’s good to know Nick has no chromosome mutations, however, it would be better to have gotten some understanding as to why my precious child has autism, or shall I say why any of our children have autism.

But, it’s not over yet. We will move on to the next test which is more detailed and unlike the first test which typically does not reveal anything about autism, more in-depth testing has been successful in providing insight when the child has a co-morbid condition, and in this case with Nick’s Epilepsy. This is the one way Autism Genetic Testing can help people live a better life, today. Successful identification makes it possible to select the drugs that will be the most successful in treatment, which may not be a cure but I would appreciate Nick only having to take medication that makes a difference.

Still when all is said and done nothing much has really changed since Nick was first tested 15 years ago. The tools are a little better, and yes they have a bit more knowledge overall, but when it comes to taking that knowledge and directly helping out kids; when we get there nobody knows.