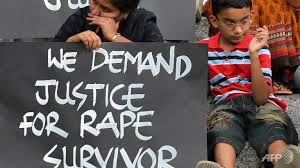 Not 1, or 10 but 30 Witnesses confirmed this special needs teen was assaulted.
If you read this and you’re as upset as I am, not just as a mom of a person with special needs, but as a person who believes in justice and human rights, then, please….
On October 22, 2015 a mentally disabled, African American high school student was sexually assaulted by his classmates in a nearly all white Dietrich High School in Idaho. John Howard, 18, Tanner Ward, 17, and one other unidentified member of the football team lured the victim into a school locker room, promising him hugs, stripped him, forcefully inserted a clothes hanger into his rectum, then kicked it deeper into his rectum — causing internal injuries.
When this case was initially reported, and it was announced that John Howard was being charged with felony rape, the possible penalties were as severe as life in prison. It seemed like some semblance of justice was imminent. The school superintendent interviewed 30 witnesses and confirmed that the teen was sexually assaulted. Prosecutors agreed with their investigation — which also determined that the victim was also called “Kool-Aid,” “chicken eater,” “watermelon,” and even “n—-r” by students at the school.
In spite of all of this evidence, this week John Howard was given the break of his life. Instead of getting life in prison for what he did, he won’t be going to jail for 10 years or five years or a year or six months or even a day. Instead, he’s getting two years of probation and 300 hours of community service. With good behavior, the judge said his record could be expunged. He’ll also be allowed to do his community service in his new home in Texas where his family peacefully relocated.
Judges in Idaho can reject plea deals if the proposed reduced charges and sentencing does not match the crime. It is disturbing that these criminals are walking our streets. Mental health services were not addressed as they should have been mandated. It is not normal to shove a hanger up another person’s rectum. This isn’t a case of “boys will be boys” yet the sentence depicts that cultural attitude. Please assist us in removing Judge Randy Stoker today by signing our petition.
Scroll to Top