I am closely watching the federal response to President Trumps proposed repeal of the ACA, Affordable Care Act aka Obama Care”. I am watching not just for myself, but because as a parent of an individual with developmental disabilities I know repealing the ACA will have a negative short-term and a potentially catastrophic longterm impact on my family.

That said, below is the BEST bipartisan overview of where we are today with ACA I’ve read not just for people with developmental disabilities who receive services – but for anyone seeking to get a grasp on what is happening NOW. 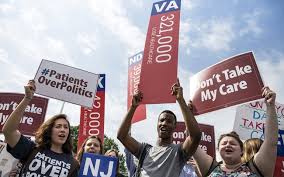 The AHCA vote and the President’s Budget
The House of Representatives is hours away from voting on the American Health Care Act (AHCA), the Republican proposal to repeal and replace the Affordable Care Act (ACA or Obamacare). The vote looks to be extremely close. Failure would hurt the ability of House Republicans and President Trump to advance other policy goals. But even if it does pass, it will face different challenges in the Senate. Meanwhile, President Trump has released his draft Budget, which proposes a range of deep cuts, particular to human services.

AHCA Vote
At this very instant, leading Republicans in the House of Representatives, as well as members of the Trump administration, are putting intense pressure on members of Congress to vote to pass the AHCA. A vote will be held some time on Thursday, March 23rd, and livestreamed online.

Currently, there are 193 Democrats (expected to vote against it) and 5 vacancies in Congress. This means 216 “yes” votes are need for the bill to pass. However, many members of the House Freedom Caucus (Tea Party-related) are still opposed to it, arguing it neither repeals Obamacare nor reduces premiums. Several moderate Republicans have also expressed concern about its impact on their districts.

As of 9:00pm Pacific (midnight Eastern) on the 22nd, the New York Times is estimating the following count:

The Washington Post reports similar numbers, but with 36 anticipated “No” votes as of 10:16am (March 23). Under any circumstance, if more than 22 Republicans vote against the bill, it will fail.

Were it to pass and become law, in its current form, a preliminary analysis by the California Department of Health Care Services suggests that by 2027, the state would lose $24.3 billion annually in federal funding.

The Budget
Separately, President Trump recently released his budget blueprint, titled “America First: A Budget Blueprint to Make America Great Again.” It proposes double-digits cuts to Health and Human Services, as well as Housing and Urban Development (HUD). It also calls for the wholesale elimination of numerous programs, such as HUD’s Community Development Block Grant, and the Corporation for National and Community Service – which includes the Senior Companion/Foster Grandparent Program.

While these cuts could have a severe impact on the developmental disabilities community, this is only the first step in the process (see this flowchart, too).

As soon as President Trump issued his budget request, Democrats and manyRepublicans started to push back. Republican Senator Lindsay Graham called it “dead on arrival.” Republican members of Congress also argued against the deep cuts to social services. One would do well to remember the old adage (oft-quoted and rarely sourced) that the president proposes, and the Legislature disposes.

Published by the Association of Regional Centers California (ARCA)